“And above all, watch with glittering eyes the whole world around you because the greatest secrets are always hidden in the most unlikely places. Those who don’t believe in magic will never find it.” 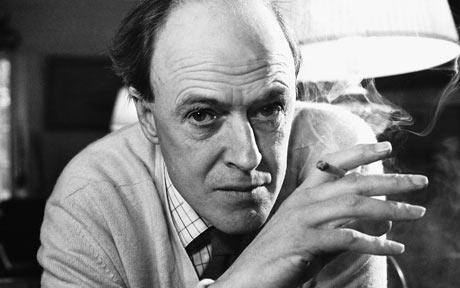 I had a wonderful Thanksgiving and I hope you did too. I will admit, I spent too much of my day fighting back tears welling in my eyes though.

I took to the internet to diagnose my issues and found a name for what I think I am struggling with – anticipatory grief.

Brody is sick. Brody has been sick since the end of April. Since then I have gone through waves of sadness. Now with those damn holidays creeping up on me, the emotional levels, as usual, seem to heighten exponentially.

Instead of enjoying my Thanksgiving with my puppy, I spent most of the day agonizing on if this is our last Thanksgiving together.

I really know how to kill a nice day.

Something about having a name for how I am feeling is empowering and makes me feel a little less insane. It is a thing and now that I have a thing – I can go to battle with it.

The day Brody broke his leg, I was sent home with no hope and nothing to even pray for. I was told they would make him comfortable but we would be putting him down the next day. Amputation wasn’t even on the table until the following day. But Brody passed every test, blew every vet and vet assistant out of the water and was a great candidate for the surgery. He wasn’t done yet.

Each extra day with my main man is a blessing and here I am trying to ruin it all by being sad all the time. No more. Time to buck up and be psyched for each day we have got! I need to take advantage of each day and stop agonizing over what will happen in the future.

We DO have a big appointment Thursday though so I will still be accepting good thoughts and prayers!

So after our car broke down .7 miles from our destination in Hoboken, NJ…
After a man named Pedro towed our car to beautiful Bloomfield, NJ…
After we realized our car broke down .1 miles from the Pilsener Haus Biergarten…
After we schlepped all of our belongings to aforementioned beer paradise and camped out like Occupy Hoboken for the full day…
After drinking beers that I think were called the Gwen Stefanis…
After Adam dancing in the corner with said large pile of belongings…

We were walking to our amazing host’s apartment. Danny, our host, was stuck carrying Adam’s suit bag which had a strange and obtrusive weight at the bottom of it, which made it odd to carry.

Danny: What do you have in this thing?
Adam: My shoes. Oh and my reversible belt.
Amanda (in horror): You have reversible belt?!?
Adam: Well, yea it is like having TWO belts. I actually have TWO reversible belts and they are both in there.

Know what this world needs? More celebrations! For serious.

Today is Beaujolais Nouveau Day! A day for us wine lovers to nerd out about our love of wine. The third Thursday of every November (this is a 60 year old tradition) this young (it is only aged a few weeks), fruity, easy to drink wine is publicly released. The wine is not even that special but the tradition, to me, is. Wine snobs are not a fan of the young wine because they don’t think it has aged long enough.

The tradition of the Beaujolais (as I know it) was a quick wine made to celebrate the end of the harvest. Today it is an excuse to get together with family or friends and toast to friendship, love and anything else you feel like toasting to! Any bottles you purchase must be drank before the end of the year or else it is bad luck. The day is still heavily celebrated in regions of France but not as much in the U.S.

Sure, this is a marketing thing. Sure, there are better wines out there. Who cares?! It is a reason to grab a few people together and take part in a a tradition (or make your own tradition). How you choose to celebrate is up to you but I think this world could use a few more celebrations!

I am going to celebrate with some Beaujolais Nouveau, a baked brie with Apricot jam and some of my favorite people (and Team 7, of course). A very tame evening, especially since I have an EARLY event tomorrow, but I still wanted to make sure to do it because it is a day that has become important to me to recognize. Why? Because it makes me happy!

Get your mind out of the gutter! I am talking about a movie.

Last night I watched An Affair To Remember, with Cary Grant, for the first time. I have been rifling through some classic lately that I never saw.

I admit I started the movie as a pessimist. Watching a movie from 1957 now is almost silly. The boat they were on was a joke of a set, the backgrounds of the places they were travelling were laughable. As I began the movie I didn’t think I would be able to get into it at all.

Then as the story progressed and our lovers had their first ‘kiss’ I was floored that the kiss wasn’t even on screen – it was halfway up a flight of stairs! In a world now where sex scenes count as PG rated movies – this renowned romantic movie didn’t even show the kiss! How crazy is that? I knew at this point that I was too engrossed in the scenery and what wasn’t being shown that this movie was. not. going. to. get. to. me.

An hour and a half later, when I found myself bolting into the next room for tissues… I couldn’t believe this movie with the no kissing (they more smoosh their faces cheek to cheek) and the silly sets and fake New York backgrounds not only got to me but got to me more than most movies I have seen.

What the hell happened?

I have reduced it to this – what wasn’t shown, what sets couldn’t capture your imagination takes over. You imagine their sweet phone conversations or the kiss or the struggles they went through. You didn’t have to be shown. I read a lot and this movie engages you like a good book. It wasn’t passive like many movies today. You needed to do a little engaging on your end as the viewer and I think THAT is how this movie got me by surprise.

As you know, my dog Brody has three legs – he actually just had his 6 month ampuversary. I got Brody when he was too young (5 weeks) and when I was too young (20) but over the past 12 years, we have figured out some things and become quite the team.

Brody is half Rottweiler and half Doberman.
Strangers typically don’t like us.

We gave up on dog parks early on because if there was ever a scuffle, the Rottweiler is always to blame (even though you all know it was that Pomeranian who started it). In crowded public places we tend to stick to quiet corners so mothers don’t haul their babies away from the ‘attack dog’. When we first moved into our adorable neighborhood on a cul-de-sac, my new neighbor even referred to Brody as ‘the evil dog’ and told her children to stay away from him.

Now Brody has three legs. He is the same dog he was before but missing a limb. Since the accident and recovery, I have noticed a huge change in Brody’s public personality. Wherever he goes, he acts like he is the mayor. He walks up to strangers, he leans in to guys on the boat for an ear scratch, he smiles and wiggles his nub and he greets every dog he sees.

At first I attributed it to the fact that he was no longer in pain, or that he was just so happy to be alive but last weekend I think I figured out why the public personality switch – people SMILE at him.

Brody at home is sweet, funny and cuddly. Home is where he feels safe and liked. Last weekend when we were taking the boat to Peaks he was doing his new routine of greeting everyone while they waited, poking his head in ladies grocery bags to see what they had and making friends. I picked my head up and noticed something I never saw before – everyone waiting for the boat was looking at Brody and smiling. People came up to him and said he was a good boy and asked questions about his amputation.

Three-legged Brody isn’t scary. He is a survivor. He is an old dog who makes people route for him. He is down a limb but he is happy and active. Brody likes people now, because people like him. Women aren’t snatching up their babies when he walks by, they are pointing him out (‘see the old doggy sweetie’) and they are asking if their child can pat him.

Since this realization I have been thinking a lot about human assumptions of not just animals but of other people. How much of how we treat a person affects their personality or just their day? Are we projecting more on other people than they are expressing to us?

Just something to think about and while I do, Brody and I are going to walk around and make sure we are smiling back at all of our potential new friends.